Hosted by Katie @ Never Not Reading and Darque Reader Reads, “Calendar Girls is a monthly blog event created by Melanie at MNBernard Books, and Flavia at Flavia the Bibliophile, and will now be hosted by Katie. It is designed to ignite bookish discussions among readers and was inspired by the 1961 Neil Sedaka song, Calendar Girl. Just like the song, each month has a different theme. Each blogger picks their favorite book from the theme, and on the first Monday of the month reveals their pick in a Calendar Girls post. Make sure to post back to the hostess’s post, and I will make a master list for the month. The master lists allow everyone to see the other Calendar Girls’ picks and to pop on over to their blogs. Thus, we all get to chat about books and even make some new friends!” — Katie

We’ve all been there. It’s so depressing, isn’t it? When there’s books out that you want to read, yet when you sit down to read it…you can’t muster the interest at all. It’s a touch infuriating to me. (More than a touch, okay, you got me.) This month’s theme for Calendar Girls was interesting to me, because I had to think. I could have picked Harry Potter, but that’s a cliche. I could have gone with a certain book I’ve been promoting a lot lately…something about a strand of red… *cough* but I decided upon my last book slump and what it was that dragged me out of it.

I’m pretty sure that I’ve gushed about this before, but I was in one of the worst book ruts possible. I didn’t even want to buy any books. First, it was the preview for the television show. I was like,”eh.” But the more I saw it, I finally gave in. I found a copy on Ebay that a Goodwill center was selling and ordered it. My original copy is slightly beaten up and worn, which sort of endeared it to me. It’s a strange thing, how something that isn’t perfect can kind of just take up a place in your heart. I liked it because I felt like it was a good description of my reading muse if you will. Beat up. Worn. And in need of a little love.

When I picked it up, a quote from J.K Rowling came to mind; ‘I believe books are a kind of magic.’ It’s a good quote and fitting. I fell in love with the scenery first; the Bodleian Library in Oxford in particular. Someday I hope to visit. If it’s anything like what I’ve read, I’m in for a treat. Besides, it’d be marvelous to say ‘I’ve been to Oxford’, even if it’s only for a short visit. Then Diana Bishop. I’ve always wondered why in some books they take a well-educated woman and make her into a blubbering idiot when she comes across someone or something. Diana is a highly intelligent woman. And there isn’t an 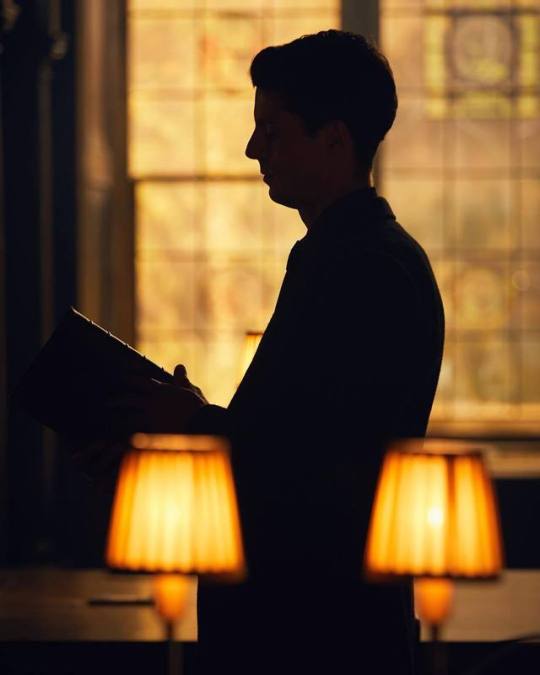 instance where she’s made to give up that role. She gets to be who she is. And Matthew de Clermont is also a highly intelligent man, but he initially comes off as this arrogant ass, really. He was intriguing though, at least physically. I loved this description of him.

This one was tall—well over six feet even accounting for the problems of perspective associated with looking down on him from the gallery. And he definitely was not slight. Broad shoulders narrowed into slender hips, which flowed into lean, muscular legs. His hands were strikingly long and agile, a mark of physiological delicacy that made your eyes drift back to them to figure out how they could belong to such a large man.

Yet, there’s an attraction on both sides….which is a problem. It’s not ‘the’ problem, but it’s a huge factor.

Why is it a problem? Matthew is a vampire. Diana is a witch. They’re forbidden from being together. Other than that? No big deal. (Definitely kidding.)

The novel takes us across the globe and into a stunning adventure that really is drawn out over the trilogy. It was hard not to just spend an entire day reading the book, but I really forced myself to sit still and to just enjoy it. I wanted it to spark the muse, not burn it out straight away. Combining history, the supernatural, a love story and fascinating characters, I was intoxicated and drawn in. Every moment that I could, I was reading. When you’ve been in the throes of a slump, you take advantage of the moments where you’re ready and willing to read. Or at least, that’s how I am.

What book lit your way out of a slump? Comment below and let me know! 🙂