My post is late this month, but our theme in honor of Women’s History Month, is Favorite Book with a Strong Female Lead. I chose Gone With The Wind, my lead being, obviously, Scarlett O’Hara.

Hosted by Katie @ Never Not Reading and Darque Reader Reads, “Calendar Girls is a monthly blog event created by Melanie at MNBernard Books, and Flavia at Flavia the Bibliophile, and will now be hosted by me, Katie. It is designed to ignite bookish discussions among readers and was inspired by the 1961 Neil Sedaka song, Calendar Girl. Just like the song, each month has a different theme. Each blogger picks their favorite book from the theme, and on the first Monday of the month reveals their pick in a Calendar Girls post. Make sure to post back to the hostess’s post, and I will make a master list for the month. The master lists allow everyone to see the other Calendar Girls’ picks and to pop on over to their blogs. Thus, we all get to chat about books and even make some new friends!” — Katie

Very often I hear that Scarlett isn’t a heroine or a strong character. And perhaps that may 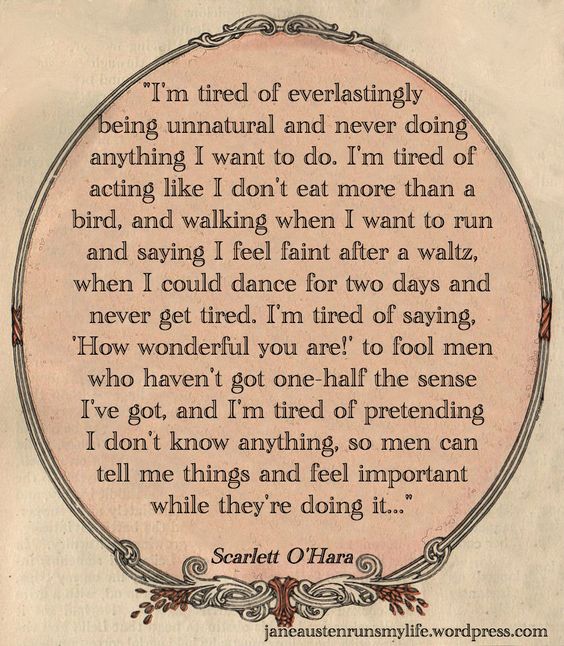 be true, I have always looked at her as mine. I see her as strong…and unconventional. Remember, this is the Civil War era America. Women didn’t really have that many rights. There’s a way of things but Katie Scarlett O’Hara bristles against them. She’s no fan of the ridiculous ways a woman has to act in order to ‘catch’ a husband, she hates having children–in fact, I think she rather dislikes them, and she is a bit ahead of her time, really.  Scarlett knows she’s intelligent and that very often 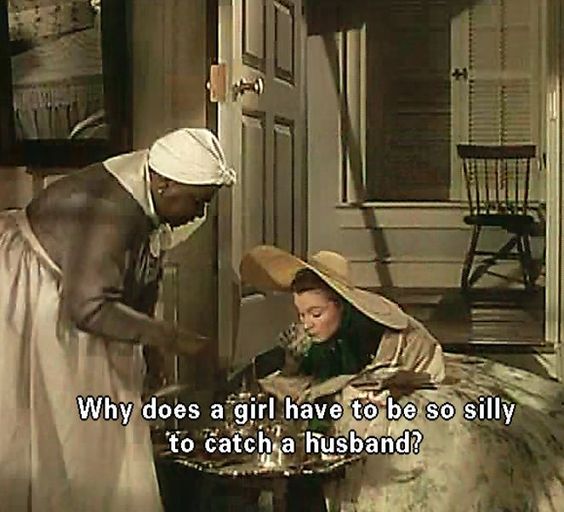 it’s the men around her who are foolish. She remarks upon that and if you read/watch how she acts around certain men, she acts on that and uses it to her advantage.

“You must be more gentle, dear, more sedate,’ Ellen told her daughter. ‘You must not interrupt gentlemen when they are speaking, even if you do think you know more about matters than they do. Gentlemen do not like forward girls.”

She calls things as they are; she truly has no filter. In a time when women are meant to be seen and not heard, she is both. It’s Rhett who tells her this. “We’re alike. Bad lots, both of us. Selfish and shrewd. But able to look things in the eyes as we call them by their right names.”

The problem is, she very seldom looks herself in the mirror and calls herself on things. She tends to learn the lesson later. But once she learns, she does not seem to make the same mistake twice. I think it takes a strong woman to admit that they were wrong. I still struggle, lol.

I do think that Scarlett is a strong woman. I think she began as a spoiled daughter who had never been told ‘no’ or rather, had never accepted no. It’s strange to say that war strengthened her, but it did. It was a catalyst for her. Did she entirely grow up? No. She could still be a bit childish. But war made her hard. It made her strong. She would never allow herself or her family to be in danger, to be hungry. Scarlett determined that she would be the strength everyone needed. She would be the breadwinner and she’d be herself.

But she also suffered from PTSD, I think, given that she was in the heart of things and 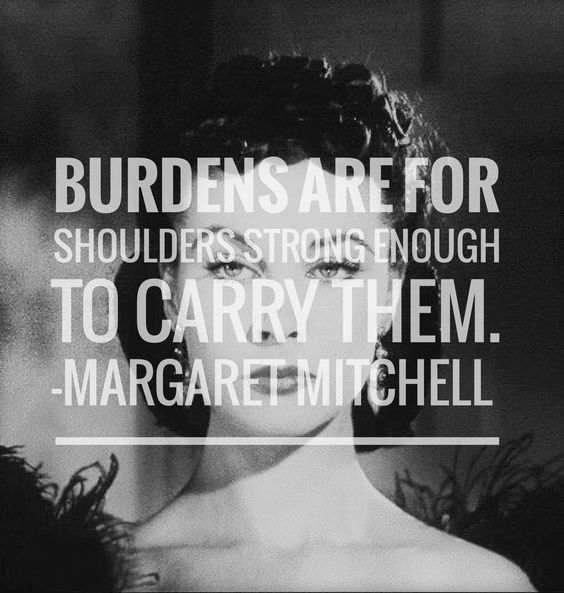 based on what all she’d seen and endured. We see this in scenes where she had nightmares and Rhett comforts her; her biggest fear is to lose Tara and to be broke and hungry again.

I also think she didn’t know how to properly share her pain; that she had to bear it and keep it in. She knew there was one thing in her life she could depend on and that was herself. To allow someone to help take the burden off of her shoulders was unheard of for her. 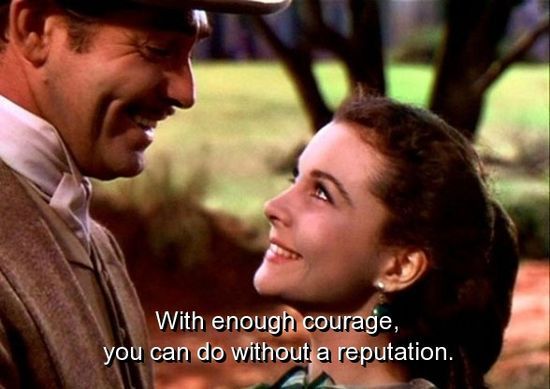 It was Rhett who told her that one didn’t need to worry so much about her reputation;  something she took to heart. She opened a Wood Mill and she ran it herself, she didn’t do things she was proud of. She put off thinking about them until tomorrow. She married a man to save Tara, her family home. Granted, she didn’t love him, her reasons were selfish, but her goal was to keep a place for them to live. Without Tara, they’d have been homeless and considering how she fought like hell to keep it from being bought out from an overseer, that she’d shot a Yankee soldier to defend it and keep those in it safe, I can understand her motives, honestly. And she became somewhat of a scandal because she did business with Yankees–she took their money.

She would do anything to survive. And maybe that makes her a number of negative qualities, but I see her as being strong.

I welcome feedback–but I’m sticking with her! ❤ 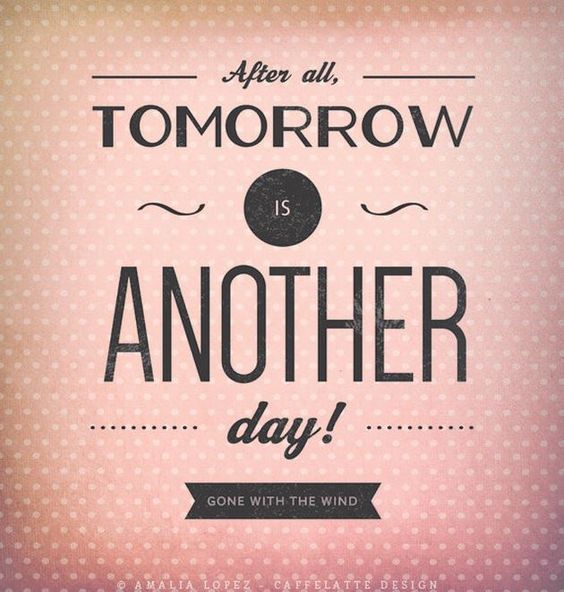 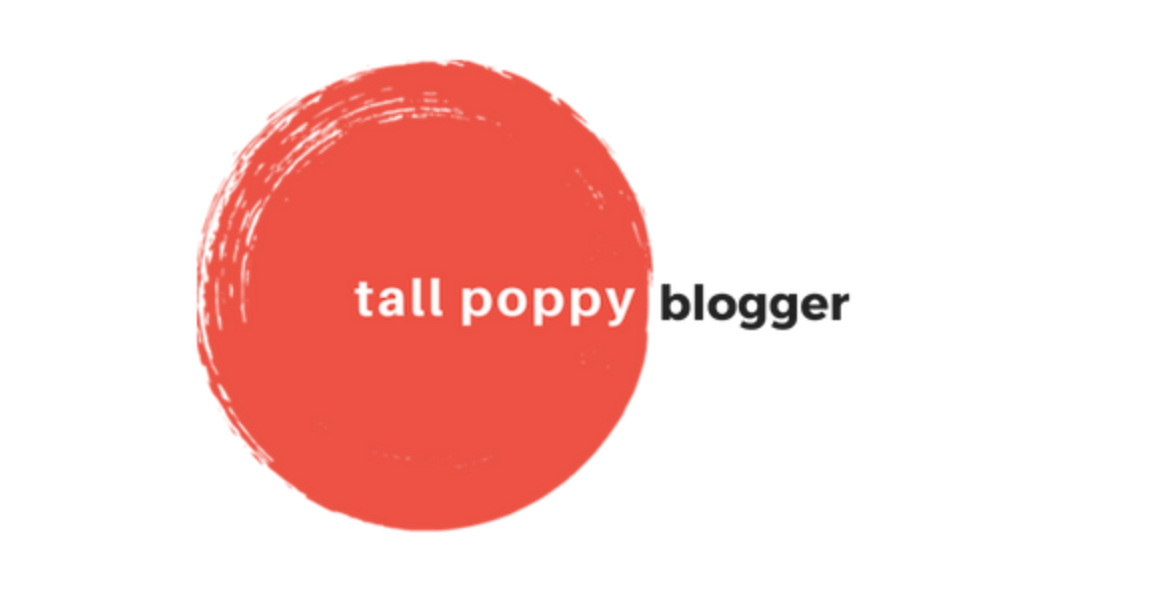 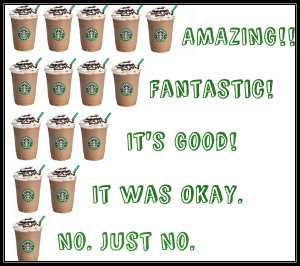