Have you heard of Las Musas?

Directly quoting their page, it’s ‘a group of women and non-binary Latinx MG and YA authors to come together in an effort to support and amplify each other’s debut or sophomore novels in US children’s literature.

I came upon them when I won two pre-orders on Twitter of Las Musas authors, one from Natasha Díaz, who ran the contest, and the other from Tehlor Kay Mejia. I decided to spotlight them both in this post and also to point out Las Musas, should you be interested in picking up more Diverse Reads and supporting Latinx authors. ❤

Also, I just want to note, ‘YA’ is just a title. A good book is a good book. Don’t limit yourself if you’re not the ‘targeted’ audience. I’m 32. I don’t think I count as a young adult anymore, but the caliber of these books are outstanding. Don’t sell yourself short. 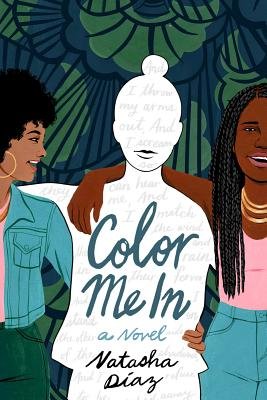 Who is Nevaeh Levitz?

Growing up in an affluent suburb of New York City, sixteen-year-old Nevaeh Levitz never thought much about her biracial roots. When her Black mom and Jewish dad split up, she relocates to her mom’s family home in Harlem and is forced to confront her identity for the first time.

Nevaeh wants to get to know her extended family, but one of her cousins can’t stand that Nevaeh, who inadvertently passes as white, is too privileged, pampered, and selfish to relate to the injustices they face on a daily basis as African Americans. In the midst of attempting to blend their families, Nevaeh’s dad decides that she should have a belated bat mitzvah instead of a sweet sixteen, which guarantees social humiliation at her posh private school. Even with the push and pull of her two cultures, Nevaeh does what she’s always done when life gets complicated: she stays silent.

It’s only when Nevaeh stumbles upon a secret from her mom’s past, finds herself falling in love, and sees firsthand the prejudice her family faces that she begins to realize she has a voice. And she has choices. Will she continue to let circumstances dictate her path? Or will she find power in herself and decide once and for all who and where she is meant to be?

Natasha Díaz is a born and raised New Yorker, currently residing in Oakland, Ca with her tall husband. She spends most of her days writing with no pants on and alternating between E.R. and Grey’s Anatomy binges. Formerly a reality TV producer, Natasha is both an author and screenwriter. Her scripts have placed as a quarterfinalist in the Austin Film Festival and a finalist for both the NALIP Diverse Women in Media Fellowship and the Sundance Episodic Story Lab. Her essays can be found in The Establishment and Huffington Post. Raised by a first generation half-Liberian/half-Brazilian mother and a Jewish-American father, Natasha writes stories about people who don’t fit into the boxes society imposes, and instead, create their own as they search for their places in the world. Her first novel, Color Me In, will be published by Delacorte Press/Random House August 2019. 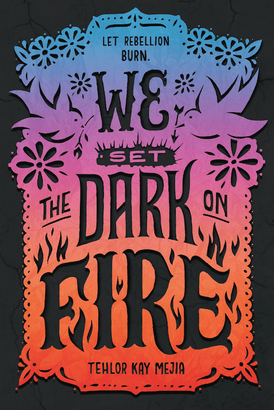 WE SET THE DARK ON FIRE…

At the Medio School for Girls, distinguished young women are trained for one of two roles in their polarized society. Depending on her specialization, a graduate will one day run her husband’s household or raise his children, but both wives are promised a life of comfort and luxury, far removed from the frequent political uprisings of the lower class.

Daniela Vargas is the school’s top student, but her bright future depends upon no one discovering her darkest secret—that her pedigree is a lie. Her parents sacrificed everything to obtain forged identification papers so Dani could rise above her station. Now that her marriage to an important politico’s son is fast approaching, she must keep the truth hidden or be sent back to the fringes of society, where famine and poverty rule supreme.

On her graduation night, Dani seems to be in the clear, despite the surprises that unfold, but nothing prepares her for the difficult choices she must make, especially when she is asked to spy for a resistance group desperately fighting to bring equality to Medio. Will Dani give up everything she’s strived for in pursuit of a free Medio—and a chance at forbidden love?

The first in a sizzling fantasy duology from debut author Tehlor Kay Mejia, We Set the Dark on Fire is a boldly feminist look at freedom, family, and fighting the power. 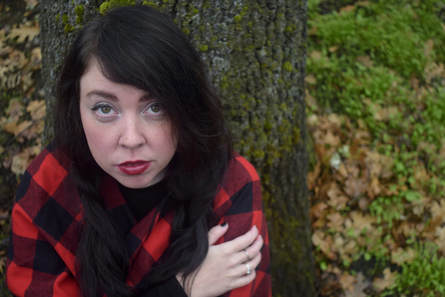 Tehlor Kay Mejia is an author and Oregon native in love with the alpine meadows and evergreen forests of her home state, where she lives with her daughter. When she’s not writing, you can find her plucking at her guitar, stealing rosemary sprigs from overgrown gardens, or trying to make the perfect vegan tamale. She is active in the Latinx lit community, and passionate about representation for marginalized teens in media.

Her short fiction appears in the All Out and Toil & Trouble anthologies from Inkyard Press, and her debut YA fantasy novel, We Set the Dark on Fire, is out February 26, 2019, from Katherine Tegen/HarperCollins with a sequel to follow in 2020. Her middle-grade fantasy debut, Paola Santiago and the Drowned Palace, is forthcoming from Rick Riordan Presents/Disney Hyperion.