So, you guys have seen how excited I have been for this one. I’ve brought it up in several different posts over the last few months and well, here we are! It was released yesterday and I’m over the moon. I had the pleasure of reading an advanced copy and I’m delighted to tell you that I wasn’t disappointed, I enjoyed the read. The author was truly brilliant, the book well researched and the world lively enough for me to lose myself for a while. Whilst I wish certain parts were a little faster paced, it didn’t take away from the book for me.

Ms. Fowler painted the portrait of turn of the century beautifully. I loved reading about 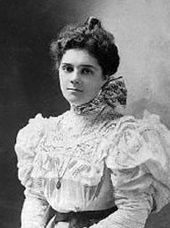 the rules of society and what one had to do or know to get accepted into it. When one hears the name Vanderbilt, one doesn’t think if a family who has to struggle for acceptance. They are part of that legendary echelon that most of us will never be part of. Yet, it was quite a different time and I was not at all disappointed in learning about the maneuvering to attain and keep the desired status. Reading about Alva’s privileged life was certainly one of interest for me. I liked reading about the different balls and events, how she dealt with things. She was a strong woman, even though occasionally I did find her being docile when she shouldn’t have been.

You may find that the book is slow in places, that you’re left wanting. However, I attributed that to the fact that most women’s lives were like that. There were rules and one was meant to follow them. To have a woman like Alva, who is headstrong and thinks for herself, was quite uncommon. In a time when divorce was unheard of, Alva did it. She was an outcast for a time but recovered nicely. When she wasn’t granted a box in the Academy of Music, she founded The Met. Yes, that self-same Opera House in New York. (And I don’t know about you, but I damn love a level of petty. Who’s ever heard of the Academy of Music? Well, maybe a lot of people have, but The Met! C’mon!) Alva’s influence is still very present in this day and age. Her spirit and reach lives on, nearly a century after her death.

This isn’t to say that you will love her at every moment in the book. Despite nearly being destitute and facing a life where she might have needed to work for a living, Alva is surprisingly unsympathetic to the poor in certain moments. She also, for being rather progressive on some things, was a bit backward in how she raised her daughter. Despite not enjoying the silliness of one needing a husband, she was quick to try to get her daughter with the highest bidder, so to speak. She dominates this book and I found she was very well developed. I’d have liked a bit more on her best friend, Consuelo, who became Duchess of Manchester. 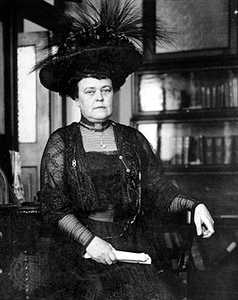 Also, ladies, she was a huge part of the suffrage movement. So when you vote next month, think of Alva.

So if you want a fast pace tone, this may not be the read for you. Don’t let that hinder you though, I really think you’d enjoy this. Especially if you like historical fiction. If you love The Gilded Age and reading about those prominent families of New York, like the Astors, the Roosevelts, the Rockefellers, and of course, the Vanderbilts, you’ll enjoy this. I enjoyed her Ms. Fowler’s previous work on her book about Zelda Fitzgerald, this was no different.

couple who raised their children in Milan, Illinois. An avowed tomboy as a child, Therese protested her grandmother’s determined attempts to dress her in frills, and then, to further her point, insisted on playing baseball even though Milan had a perfectly good girls’ softball league. She was one of the first girls in the U.S. to play Little League baseball.

After a too-early first marriage and a stint as the single mother of two terrific (now grown-up) sons, she went on to earn a BA in sociology/cultural anthropology and an MFA in creative writing, both from North Carolina State University.  Her first novel was published in 2008.

A book’s fate is almost entirely outside its author’s control. Some are published with a lot of marketing and publicity support, but most are not. After the publication of three contemporary novels, each of which sold fewer copies than the previous one, Therese faced a hard truth: her career was in a nosedive. Her editor at the time felt she should take on a pen name and try again with the same sort of book, but Therese was not persuaded. She decided, instead, to write a biographical historical novel about Zelda Fitzgerald, Z, which was published in 2013.

Therese’s work has been translated into more than twenty foreign languages and is published around the world. Z is now available as an original dramatic series for Amazon Studios starring Christina Ricci, with Killer Films producing. (Amazon has elected not to continue with its order for a second season.)

What Therese has discovered is that she has an affinity for badass women from history whose stories have been either mistold or are largely untold. Her next novel centers on Alva Smith Vanderbilt Belmont, a determined, opinionated, compassionate, often amusing woman from America’s Gilded Age. A Well-Behaved Woman, a kind of homage to Edith Wharton with a dash of affection for Jane Austen for good measure, will be published by St. Martin’s Press on October 16, 2018.

Therese has been a visiting professor at North Carolina State University and occasionally teaches fiction writing at conferences and workshops. A member of Phi Beta Kappa and PEN America, she is married to award-winning professor and author John Kessel. They reside in North Carolina.

1 thought on “A Well-Behaved Woman (A Review)”